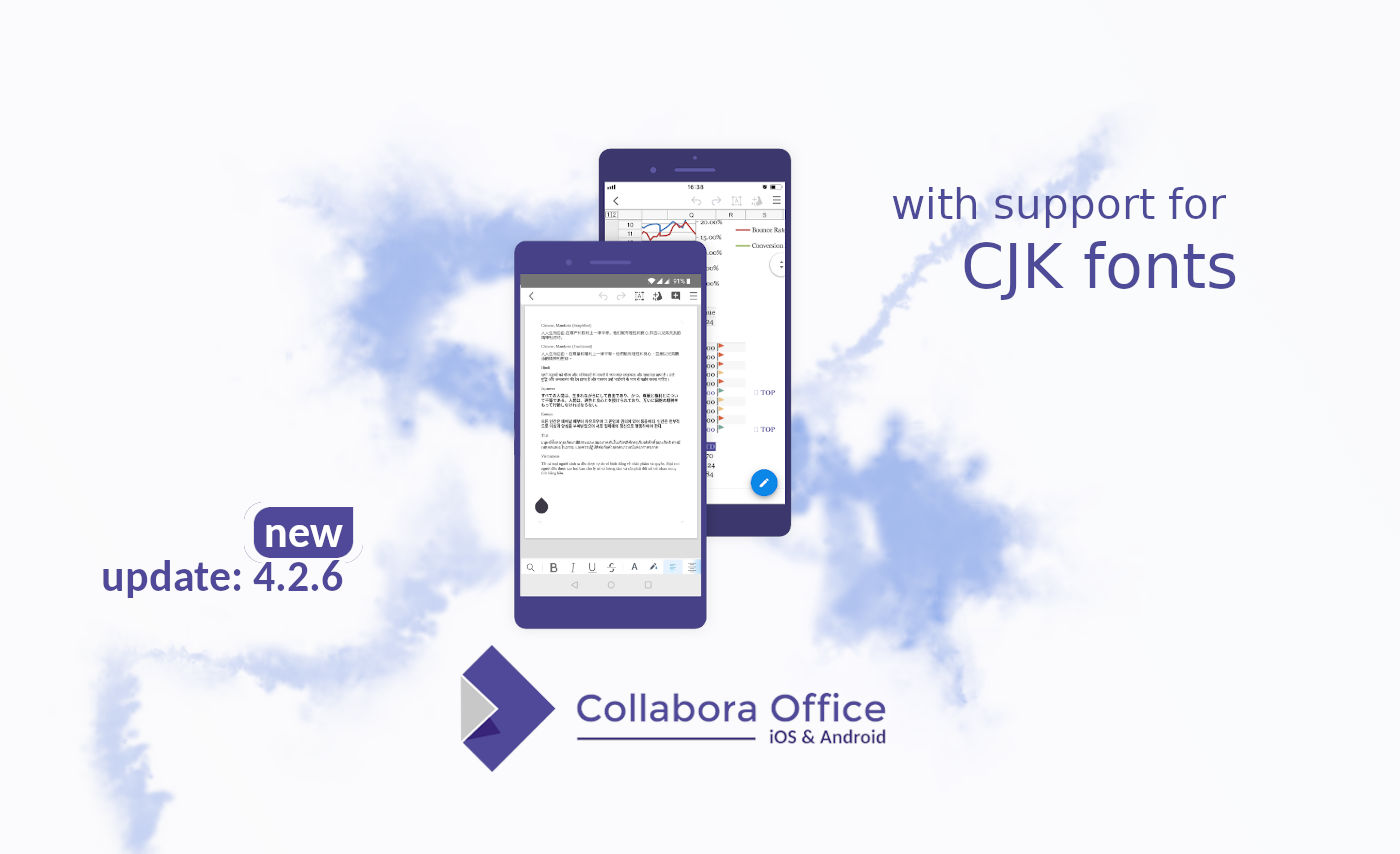 Starting from today’s release more users around the globe will benefit from Collabora Office on iOS and Android! With the just released version 4.2.6 there is full support of CJK fonts and also the user interface has various related improvements.
Fonts available on your mobile device for Chinese, Japanese, Korean, Hindi, Arabic and other scripts, will now be used by the app. This gives many new users the native usability they need, the privacy and control over their data with a quality product they expect from a Collabora.

The latest Collabora Online has some related improvements too.

Which scripts are now supported

The updated Collabora Office mobile apps do now support a wide range of scripts and fonts natively available on your phone. Namely, those are:

The support for Chinese, Japanese, Korean, Arabic, and other previously unsupported scripts, could be added thanks to a performance fix in fontconfig. This allows resulted in a much improved loading time of the app. Thanks to Behdad Esfahbod (branch faster), fontconfig authors and contributors, and Michael Weghorn (for updating fontconfig) for their work on this!

Do you want to learn more about the mobile office apps by Collabora Productivity? Find all the relevant info summarized on the product page. A good reference for those interested in the detailed development progress of Collabora Office for Android & iOS are the latest release notes. If you want to find out about the history of the apps and the people and entities involved, we suggest you take a look at our detailed chronological credits article.

For information about Collabora Online, see the release notes and the initial announcement of version 4.2.

Get your full demo

Collabora Office for Android and iOS enables editing of documents on the go and is developed with your privacy in mind. Download it for free from the App Store of from Google Play.

Get it on Google Play
Get it on App Store