It is always an exciting time to see freshly minted ARM based silicon arriving in the form of Apple’s massive shift to the ARM based M1. This of course means work for Collabora’s LibreOffice team too. The code needs to be prepared for M1, step by step. Here we update you on the status of the work, and what needs to be done. 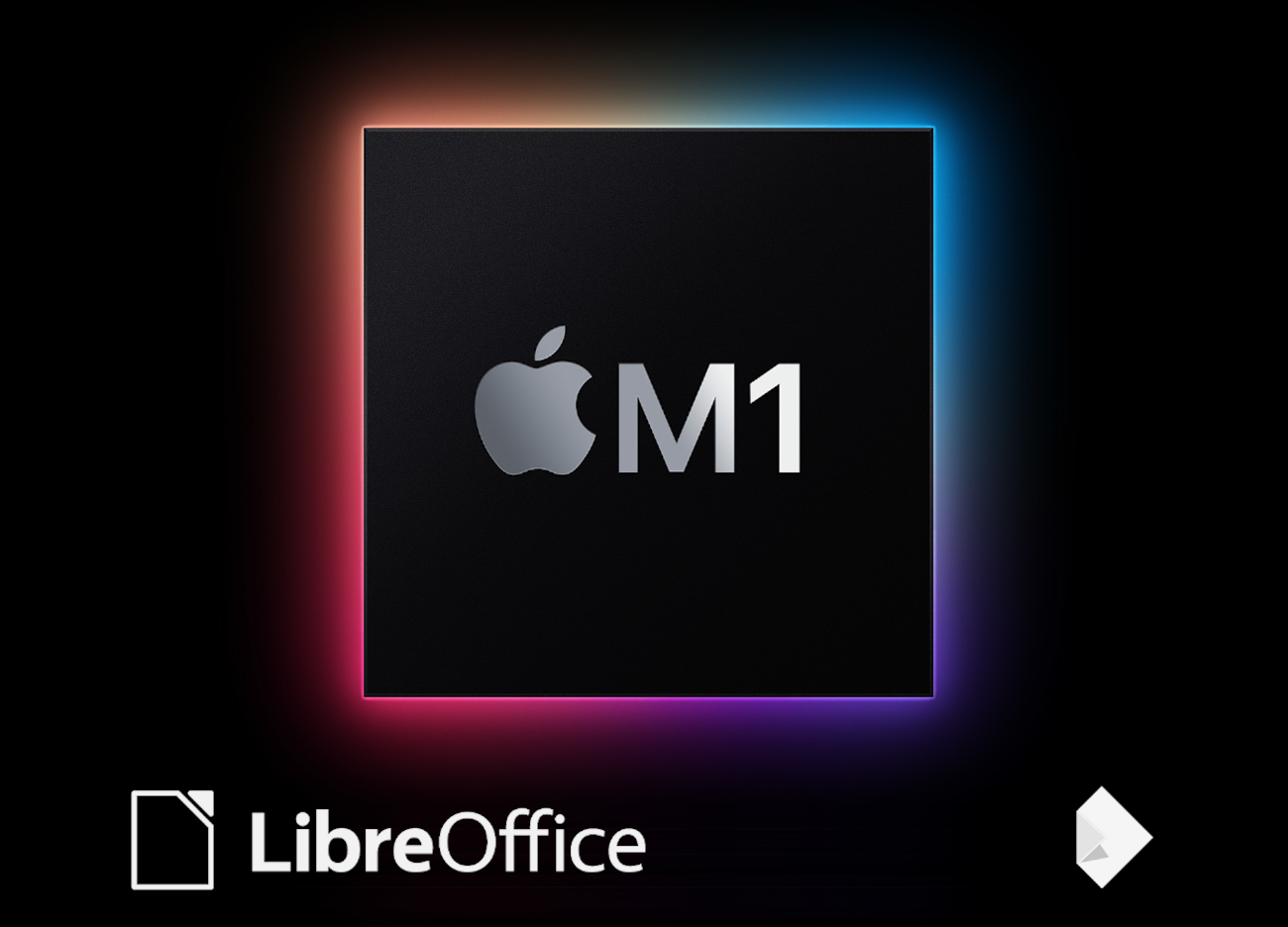 With the launch of the new Apple devices nearing, it is important that suitable software arrives around the same time as new hardware. Apple ensures this by a translation layer, so that software for Intel Macs can be used, using Rosetta translation.

Nevertheless, given the code size of LibreOffice, for the best performance it makes most sense to have a pre-optimized native binary. As such Collabora joined the Universal App Quickstart Programme back in July and has been doing work on enabling LibreOffice for M1 since then.

This effort is made possible by the kind support of those who buy LibreOffice Vanilla in the Mac app store. Thank you! And thanks too to Tor Lillqvist for his patience and hard work here.

The status of the work

All of these changes are in master, or in the gerrit queue getting past our CI automation:

All of this means that LibreOffice should start and work on M1! So far it has had only very basic Writer & Calc testing. The more exciting, complex features are not yet tested.

Update: as of 2021-02 we have working native M1 binaries in the Apple app-store for users.

What’s next .. want to get involved?

Post-launch, if you can get an M1 Mac, then help is always most welcome! We have several missing pieces that will require further work, with some unusual low-level bits.

Of course we’ll continue to work to bring the best LibreOffice possible to Apple Silicon as time permits, and we are confident that even if we don’t make it in the next month or two, Rosetta 2 will fill the gap using dynamic instruction set translation. And when all is done, our open source desktop productivity tools will benefit the full power of the new Macs!

18 thoughts on “Update on LibreOffice support for ARM-Based Macs”