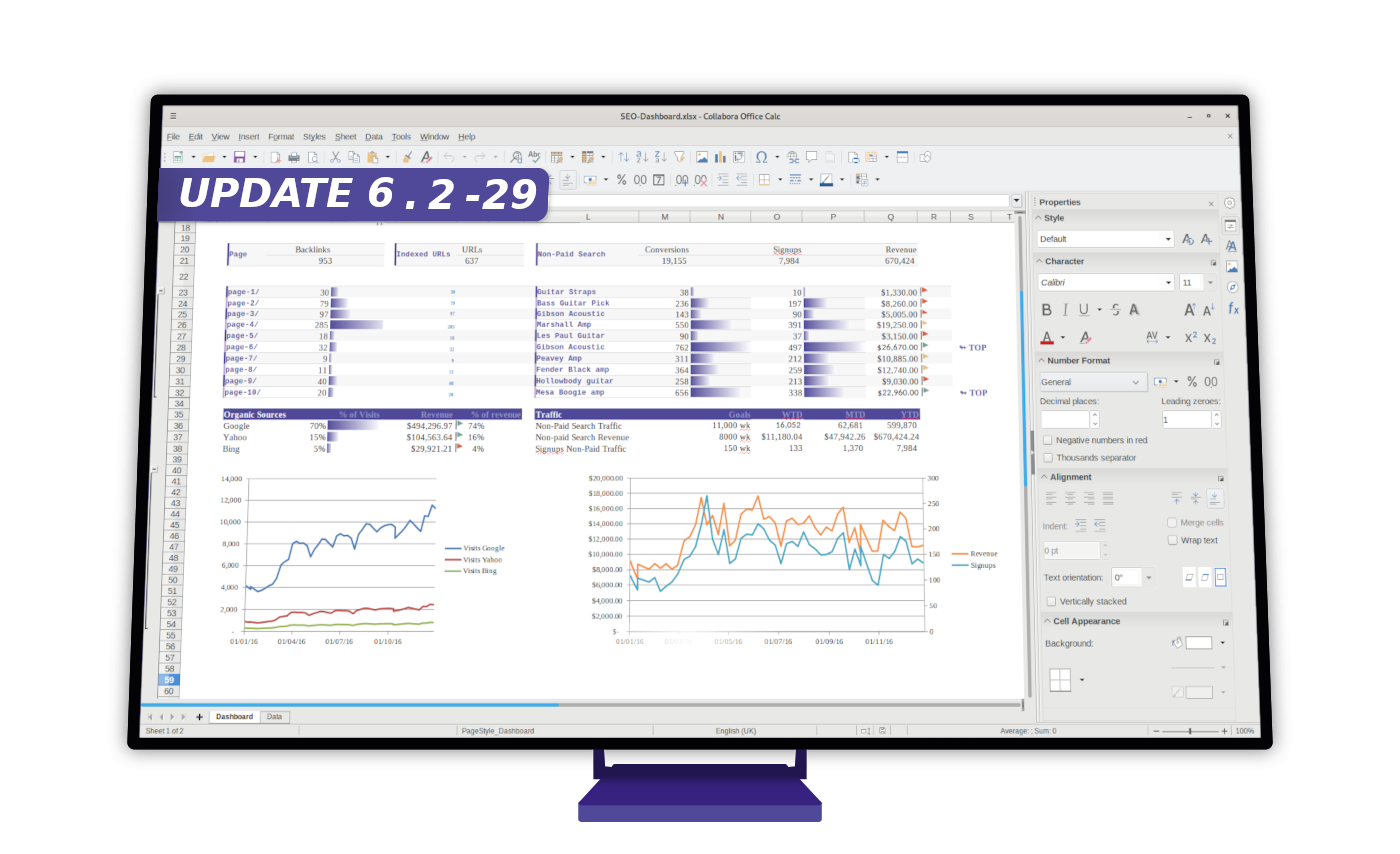 On this page are the information about the updates of the 6.2 series of our productivity office suite for Linux x86_64, Windows 32-bit, Windows 64-bit and macOS. You can get a free demo on this page and read more about the long term support options. Collabora Office 6.2 release is based on upstream LibreOffice 6.2 source code, and thus it contains all fixes from the upstream libreoffice-6-2 branch, plus more fixes and backported stable features from higher releases. With Collabora Office 6.4, a subsequent release branch is already available. Click here for the Collabora Office 6.4 announcement and the 6.4 release notes. 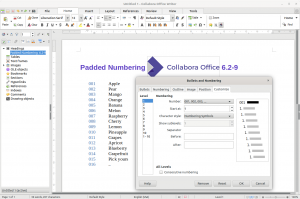 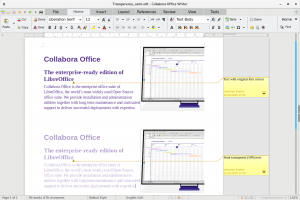 Major release of Collabora Office providing businesses and professionals with the best features, interoperability, LTS and custom support in open source as well as respecting user privacy and company data security. Find out more in the release announcement.